In Elgin’s last White Paper, “Common Challenges Relative to the Use of Decanter Centrifuges for Barite Recovery in the Oil & Gas Industry,” a detailed discussion was offered about the complexities involved in achieving effective solids control when deploying a dual-centrifuge “barite recovery” system. As noted in that report, when centrifuges are properly used, centrifuges enhance the drilling fluid properties, thereby improving rig performance. By maintaining the target properties of the drilling fluid, centrifuges also lower the volume of waste drilling fluid and reduce raw material additive costs.

Despite these achievements, the evolution of the drilling industry has resulted in the rapid deployment of centrifuge-based solids control systems that are unable to reach their full potential. This has been predominantly driven by the fact that the first line of defense, the shale shakers, tend to allow far too many fine solids into the active mud system and the second line of defense, solids control centrifuges, tend to process just 25% of the total mud system circulation rate. A concept that is later explored in greater detail.

Modern drilling rigs are continuing to set new standards by drilling deeper, faster, and longer. As such, the oil & gas industry has seen a substantial increase in the volume of waste solids and liquids being generated from the solids control system. There has never been a more critical time to manage drilling fluid and the associated wastes as an integral and inherently inseparable element of an effective solids control system. This is especially the case, when a properly deployed Vertical Cuttings Dryer (“VCD”), can significantly reduce waste disposal costs, dramatically lower whole mud loses within those wastes, and improve the overall quality of the drilling fluid by allowing the shale shakers and centrifuges to be used at their full operating potential. All of this can be done for about the same investment as a typical small-bowl decanter centrifuge system.

Section 1.0 – Application of VCD’s
Common flow line shaker cuttings can maintain an Oil-On-Cuttings (“OOC”) or Water-On-Cuttings (“WOC”) moisture content as high as 25%. As such, and on a conservative basis, an average well will lose approximately 5 gallons a minute of drilling fluid with the discarded flow-line shaker cuttings. Over a 10-hour day, this would equate to 3,000 gallons (71 barrels).

VCD’s are designed to recover the drilling fluids that are found on the drill cuttings discarded from the flow line shakers. The intent is to have the VCD’s installed in a manner that the flow line shaker cuttings are immediately injected to a VCD to recover the lost drilling fluids. The lower the cuttings “age” (i.e. the amount of time by which the formation solids have been exposed to drilling fluid), the higher the performance that can be achieved by the VCD. Figure 2 provides a general process flow diagram associated with the integrated application of VCD’s within a drilling fluid solids control system using decanter centrifuges. 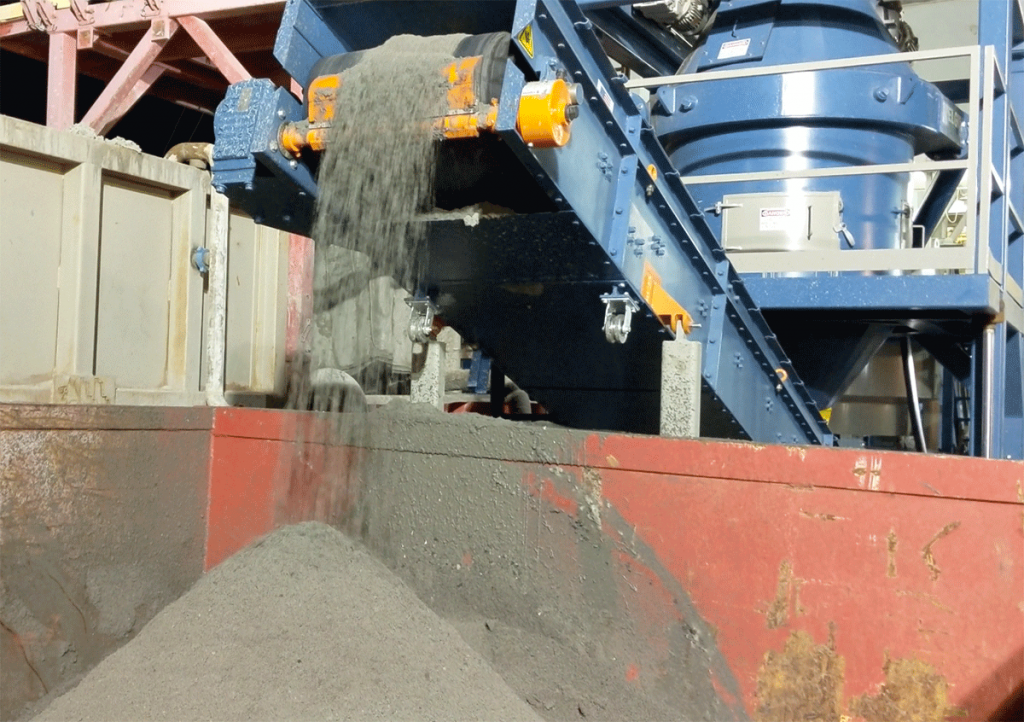 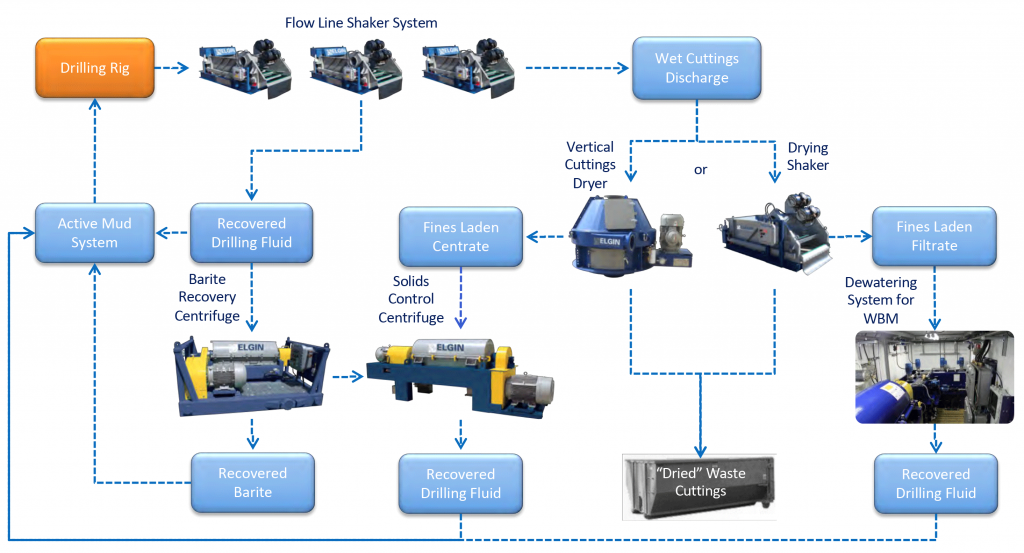 Connect with Elgin on LinkedIn