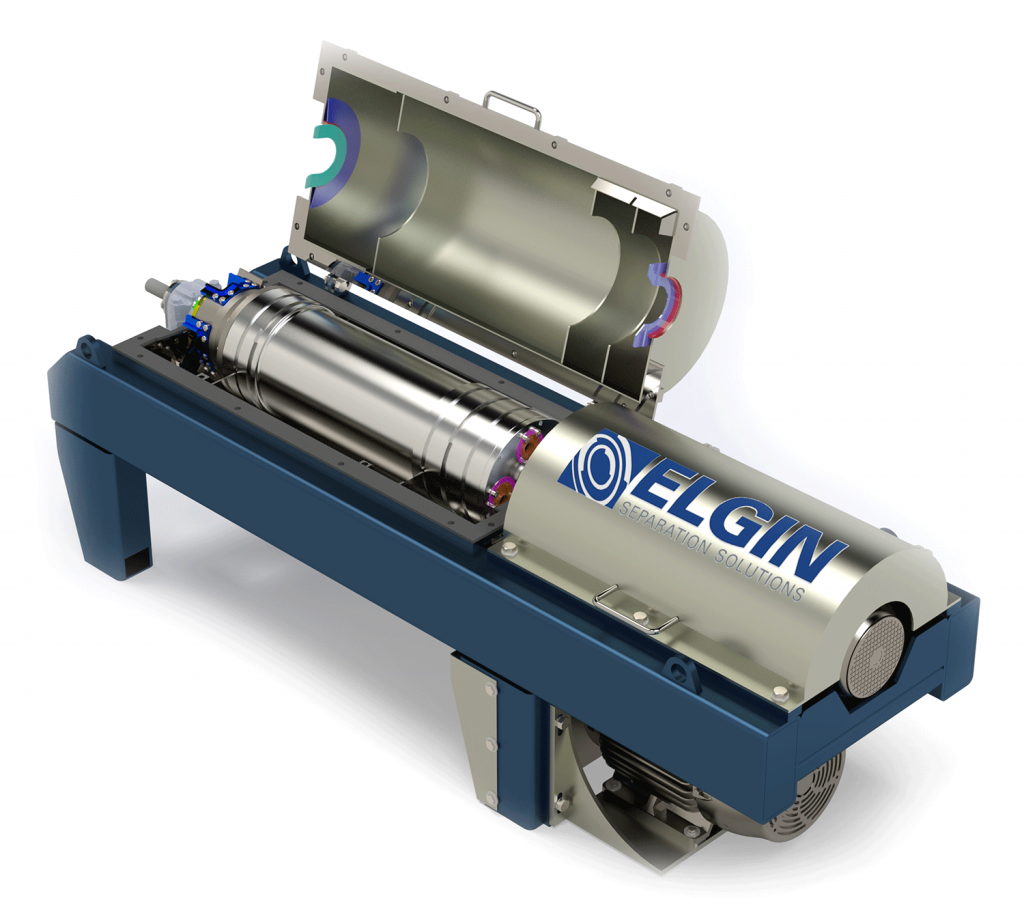 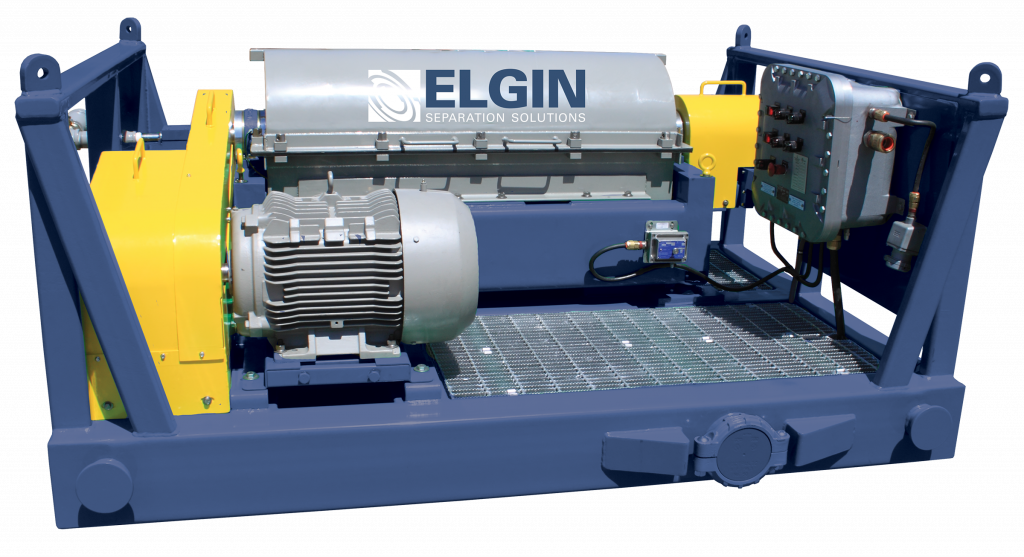 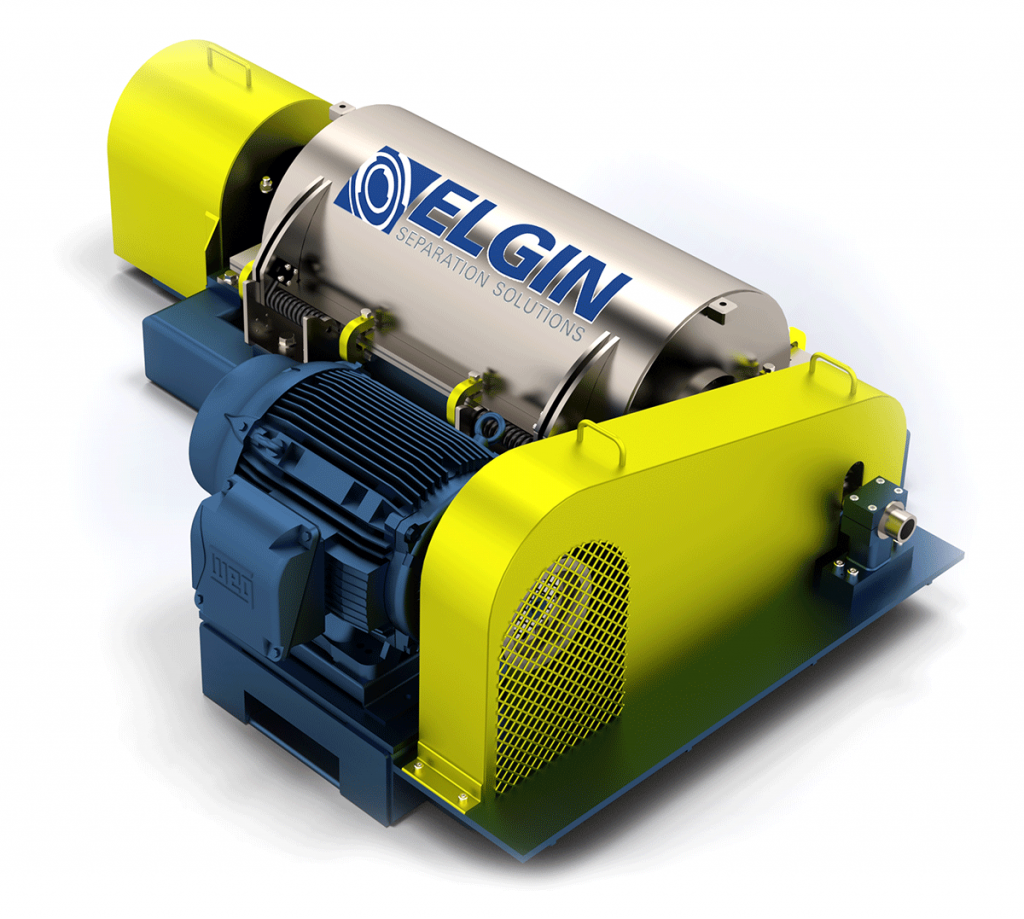 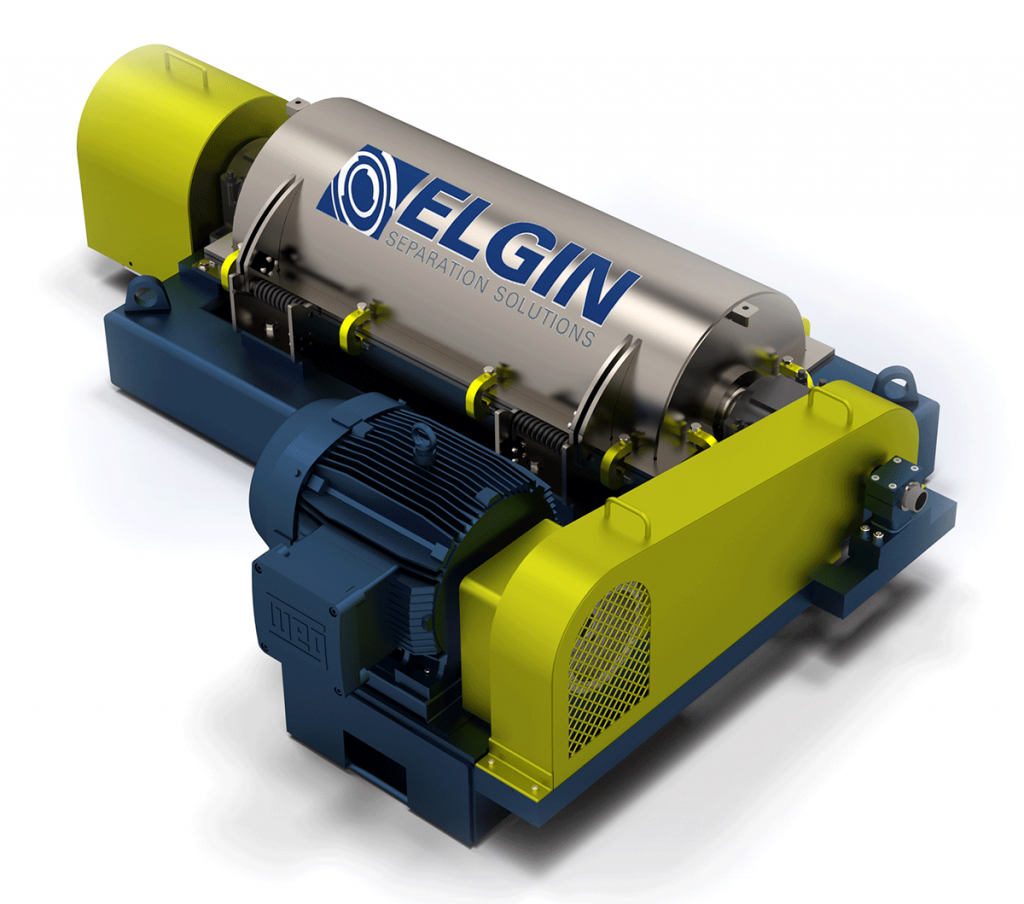 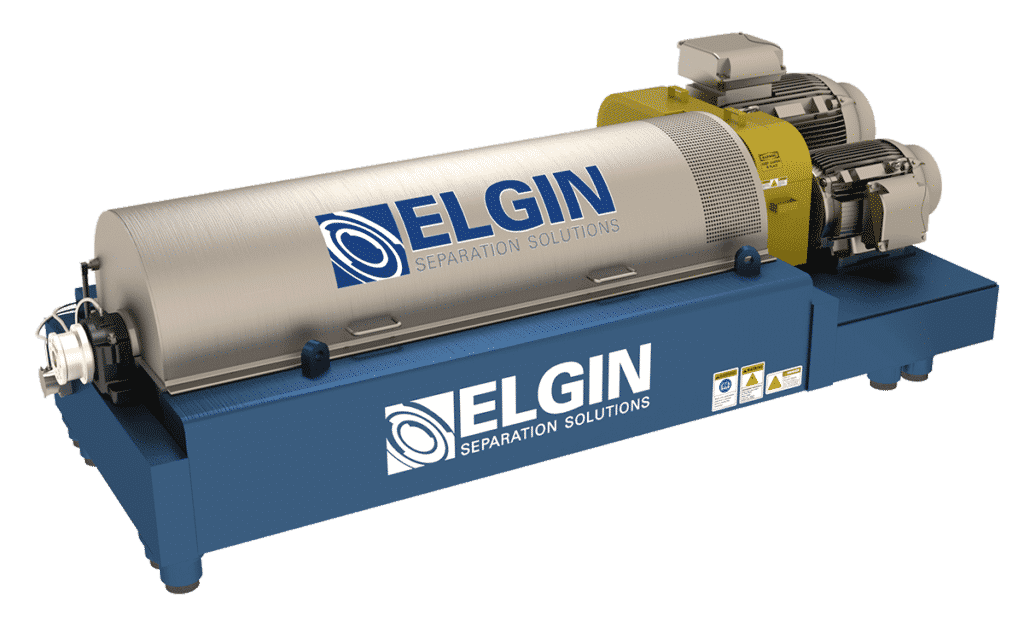 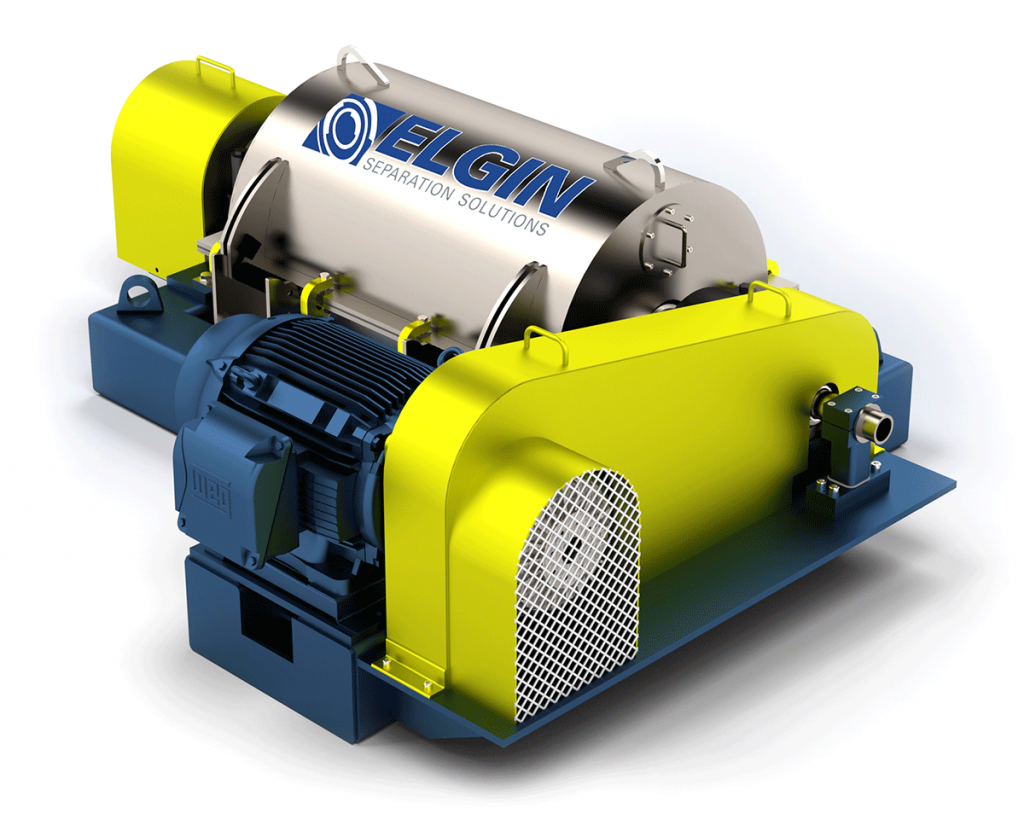 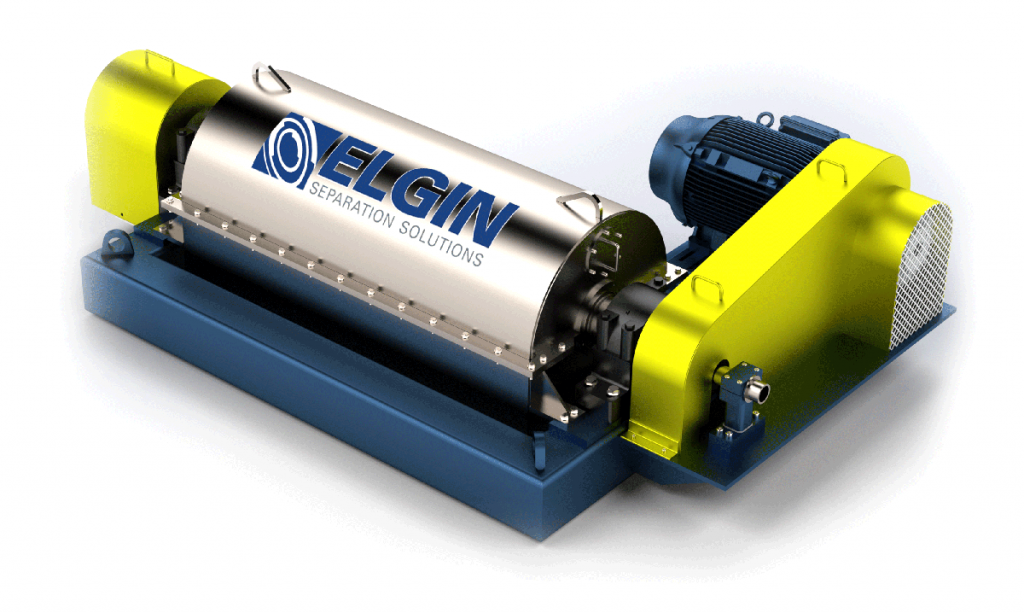 Decanting centrifuges are mechanical devices used for the separation of solids from slurries in many industrial processes. In oilwell drilling, centrifuges are used to condition drilling ﬂuids by dividing the ﬂuid into high-density and low-density streams, permitting one to be separated from the other. The division is achieved by accelerated sedimentation. As the drilling ﬂuid is passed through a rapidly rotating bowl, centrifugal force moves the heavier particles to the bowl wall, where they are scraped toward the underﬂow (heavy slurry) discharge ports by a concentric auger, also called a scroll or conveyor, which rotates at a slightly slower rate than the bowl. The separation of the heavier particles divides the processed ﬂuid into two streams: the heavy phase, also called the under- ﬂow or cake; and the lighter phase, which is called the overﬂow, light slurry, eﬄuent, or centrate.